How I discovered Tatting

I've been busy trying to rework the motif from my last post so that it lays flat. In the meantime, I promised in a previous post to write about how I discovered tatting.

My discovery of tatting was entirely accidental. After completing about 10 crochet afghans, I decided to move onto something smaller. I purchased a few balls of size 10 Aunt Lydia's crochet cotton and set out to make some miniature doilies. 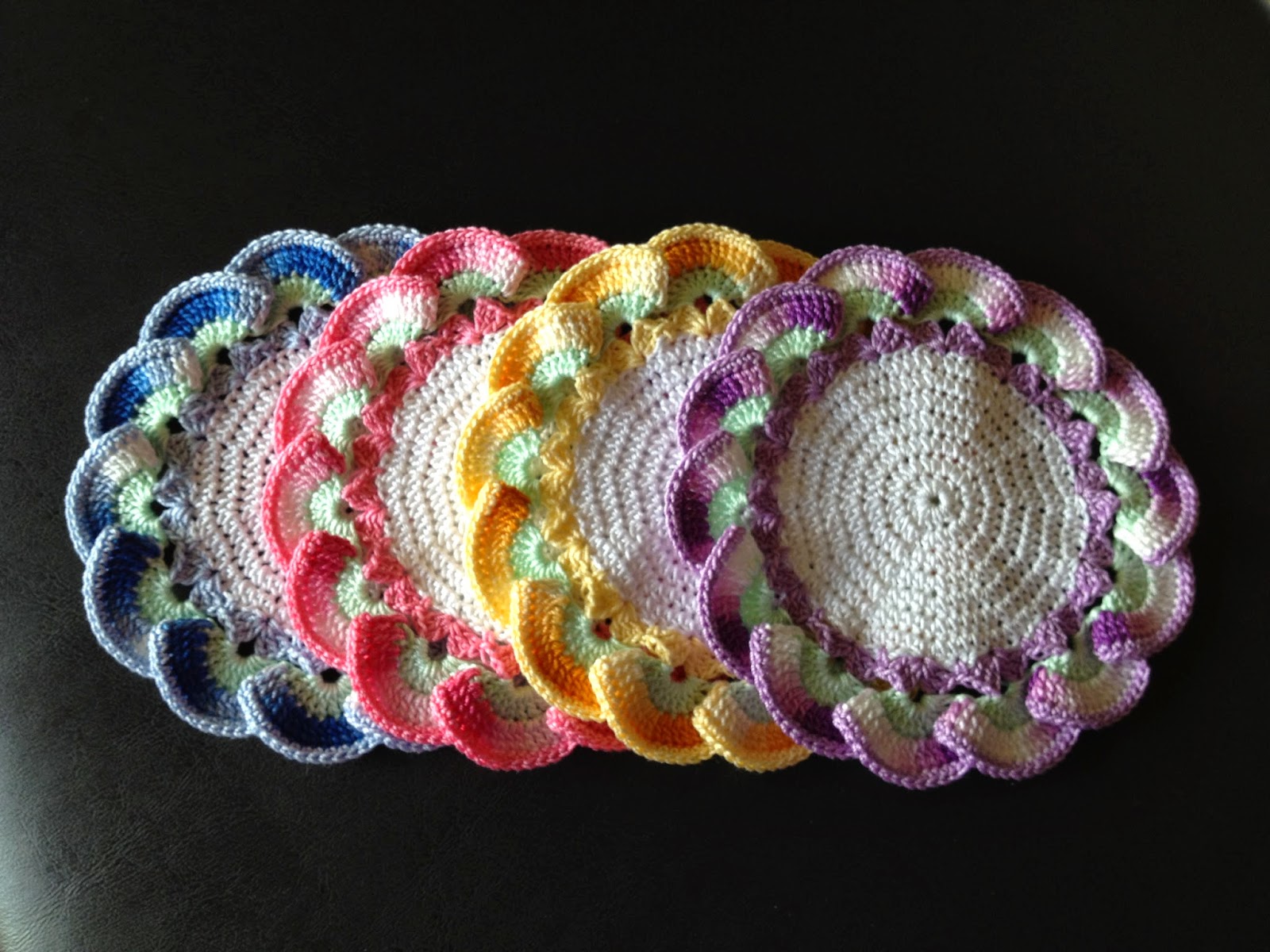 (The doily pattern can be purchased here, but I cannot recommend it as I had to completely redo the center just to get it to lay flat.)

Once I got the pattern sorted out, I made a bunch of doilies, giving most of them away as coasters. For a while I was content to make the same pattern over and over again, but boredom eventually set in and I went back to Google images to look for more inspiration.

In the middle of my search, I came across a photo that looked like nothing I had ever seen before. As I read on, and found the blog that the image came from, I learned that this fascinating art form was called tatting.

"Tatting?" I thought. "Is this the same "tatting" that's referenced in the Gumbie Cat song from the musical Cats?" It was so strange to me...I had heard this song dozens of times (I own the CD!) and never got around to looking up just what tatting was.

Now that I had discovered the existence of tatting, there was no turning back. I became convinced that if others knew about tatting, then EVERYONE would tat. I completely abandoned crochet to embark on this new obsession.

I found the Tatted Treasures blog and Absolute Beginner Tatting Series on YouTube and made my first four ring butterfly.

My journey began in April 2012. It's been two years since I learned about tatting, and I haven't touched crochet ever since.
Posted by Robin Perfetti at 2:38 PM 5 comments:

I tried to come up with a simple pattern to use for a design tutorial, and this is what happened: 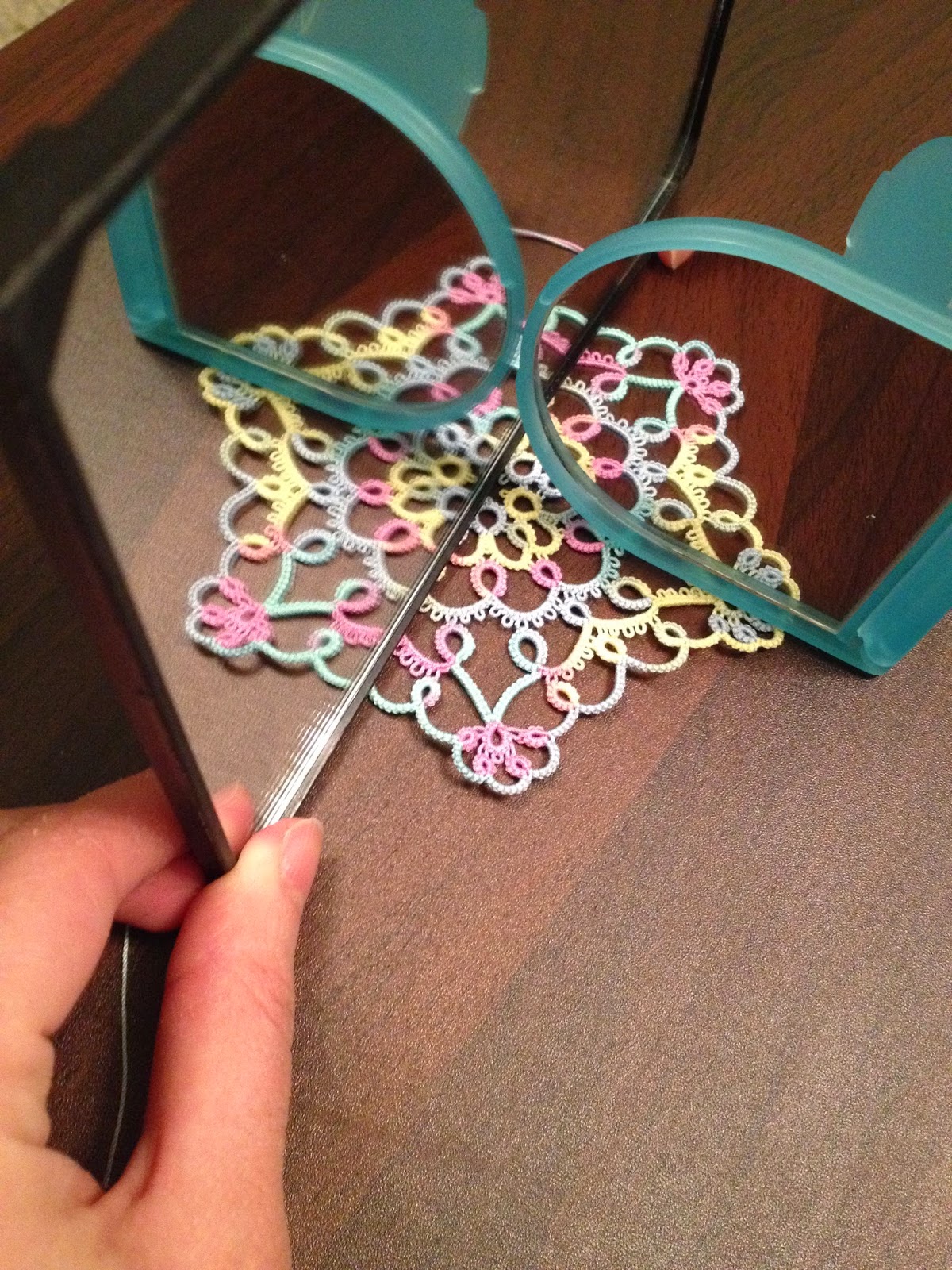 Nonetheless, it does illustrate a good design tool. Mirrors can be used to simulate what a design will look like, especially when working with uneven draft material: 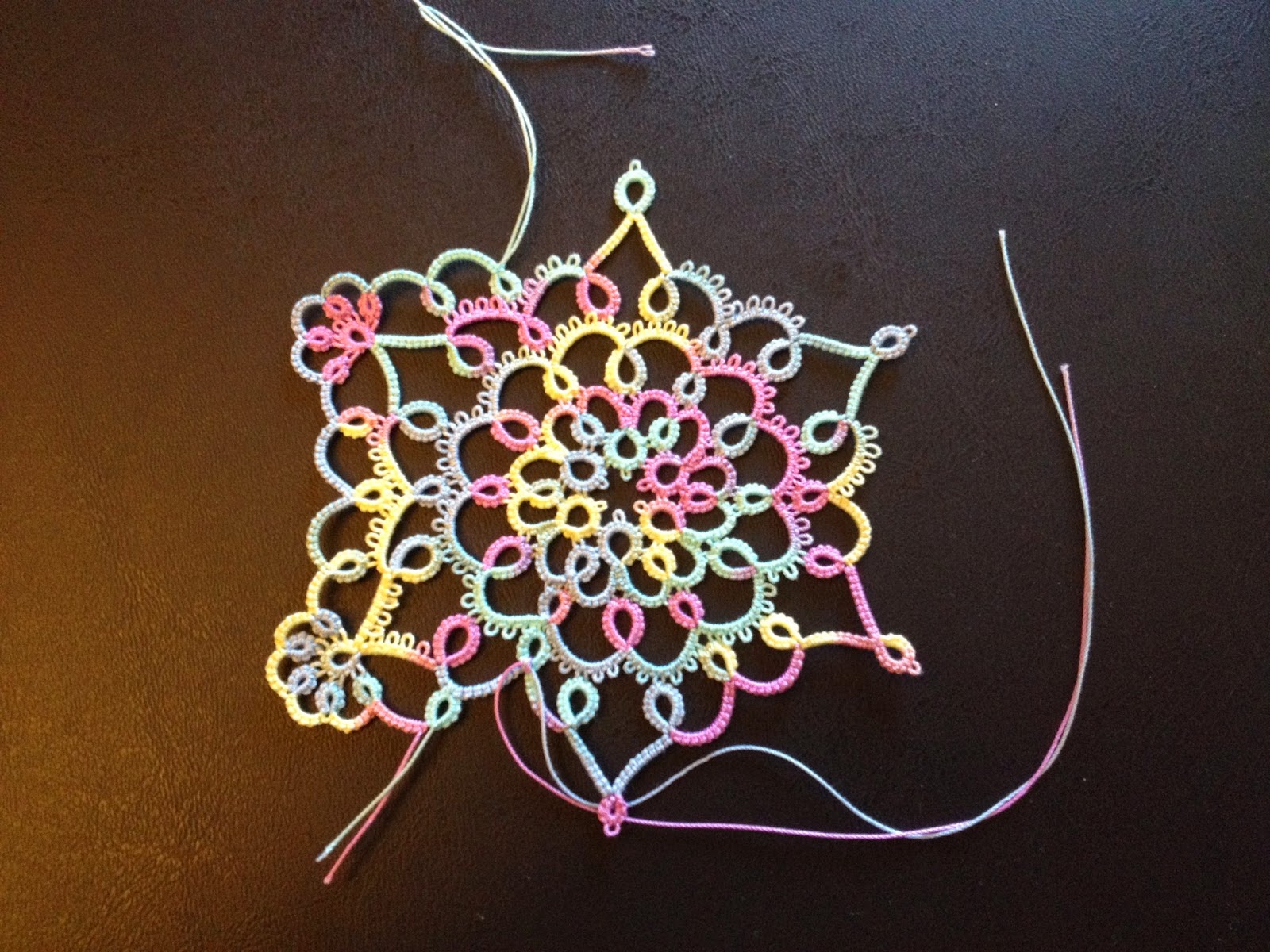 I should still be able to use the inner two rounds to show how to draw and take measurements on the iPad, and the outer two rounds as an example of how a design can be expanded upon. I call them rounds, though it can all be done with one continuous piece of thread. I absolutely hate cutting and tying!
Posted by Robin Perfetti at 1:07 PM 2 comments:

Before there was Tatting...

I come from a family of crocheters, which extends back to my great grandmother, and probably beyond. When I was little, I remember mom making baby sweaters and blankets to sell at local craft shows and consignment shops. To keep me from bothering her, she showed me how to make a chain. I got the hang of it pretty quickly, and being about 7 years old, I soon discovered that it was much more entertaining to wrap the yarn around my toes to fashion a makeshift shoe. Or to tie pieces together and turn it into a wig. This only kept me busy for so long before I found myself back outside chasing squirrels and rabbits, or to see if there was anything of interest in the woods behind our home.

Ten years later, after developing some patience, I acquired a newfound interest in the art. I again went to mom and asked if she would show me basic crochet stitches. Granny squares were first, then scarves. I even tried to make a sweater, but without a pattern, my attempts were futile. School would become a priority, and crochet would again be put on the back burner.

About 6 years ago, I had the desire to pick up my crochet hook again. By this time, I had forgotten everything I had learned. Being familiar with YouTube, I decided to search for tutorials on how to crochet and found a treasure trove of information. I could watch videos as many times as I wanted, and if I didn't understand one, I'd simply choose another. Learning became so much easier and I explored techniques that I had never come across before.

My project of choice became blankets:


Clicking the names below each photo will take you to blogs and websites with instructions. Next time, I will talk about how I discovered tatting.
Posted by Robin Perfetti at 11:55 AM 2 comments:

Email ThisBlogThis!Share to TwitterShare to FacebookShare to Pinterest
Labels: crochet

A very short post to start, as I get used to navigating the world of blogging. I hope to use this as a place to share my designs, ideas, and maybe even an in depth tutorial about how I've been using my iPad to design small motifs.

Check out the free patterns section while you are here. I will be adding to it as more design inspiration comes to me.
Posted by Robin Perfetti at 1:24 PM 7 comments: