After a year and a half, and about 200 hours of tatting, the trefoil table runner is finally finished: 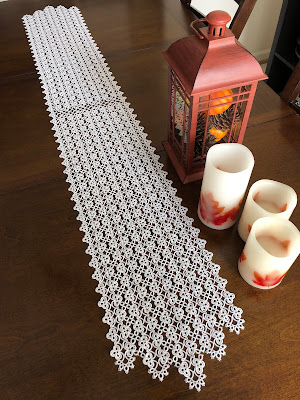 The runner is tatted in Lizbeth size 20 thread. It measures 55 inches long and 8.5 inches wide. It is all tatted in one pass. You can get to the Etsy listing for the pattern by clicking HERE

I want to use this blog post as a companion to the written pattern (there's a link within the pattern that will direct here). I will be showing in progress photos of the table runner and will include some additional information at the bottom of the post.

The Trefoil Table Runner began as a challenge to make a magic rectangle (a rectangle that could be expanded to any size, all in one pass). I soon realized that the tatting path for this rectangle would be much different than what I was used to for magic squares. Instead of the complex magic square path, I needed to work back and forth in rows, similar to making a crochet blanket. However, to make both sides symmetrical, I had to work one half at a time. The tatting path is shown below: 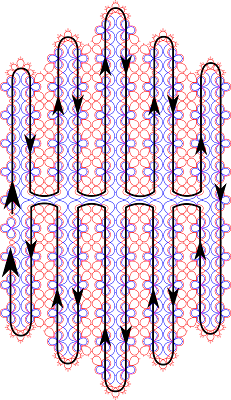 For the actual runner, I started by making a strip of connected trefoils. I worked to half of the length of the dining table, letting the end of the runner drape a bit before turning the corner. Our table has a line down the middle where two pieces connect, so it was easy to measure the halfway point: 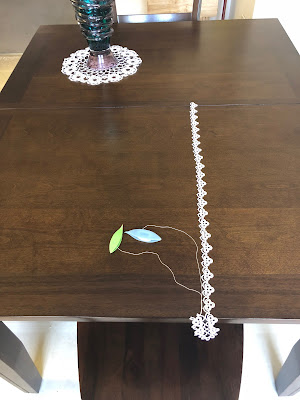 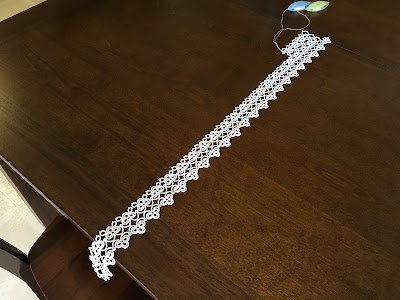 I want to point out that there is an extra trefoil along the edge. Below is a closer photo of it. The extra trefoil will line up with the middle part of the runner: 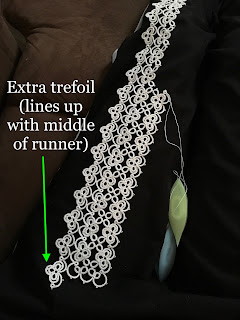 I continued working in this zig-zag fashion. Here is the second column in progress: 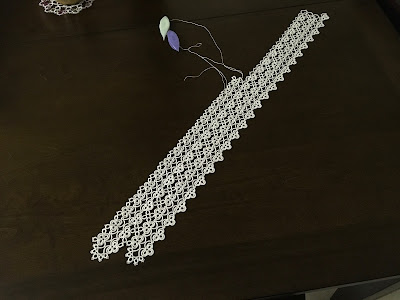 I decided to work a tapered edge to give the pattern a little more visual interest. Here are the third, fourth, and fifth columns being tatted: 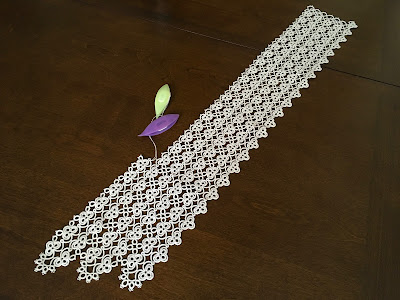 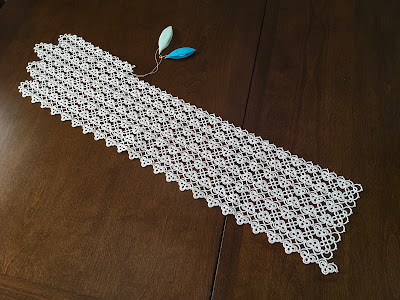 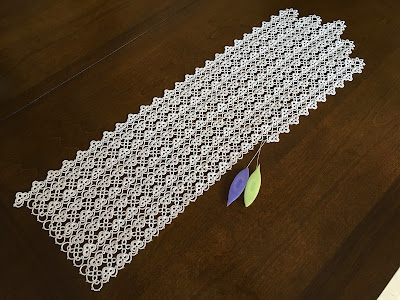 After finishing the fifth column, my table runner was at the halfway point. I then needed to create a mirror image of the first half of the runner. Without cutting my thread, I worked another strip of trefoils, making sure it was the same length as the first half. At this point, I needed to move my table runner to the ottoman because it was becoming too long to photograph: 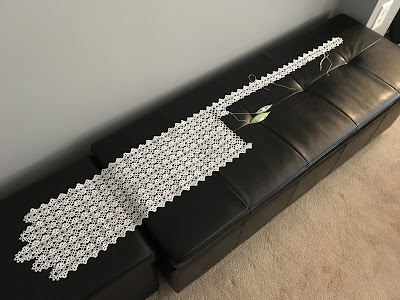 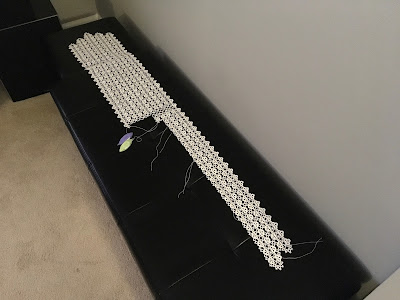 The eighth and ninth columns are made in the same way. The tapered edge mirrors what was done for the first half of the runner: 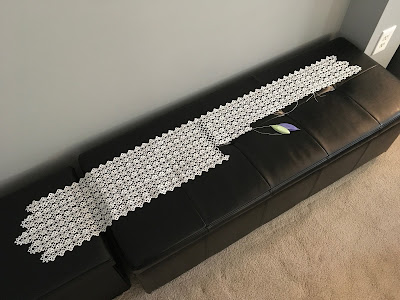 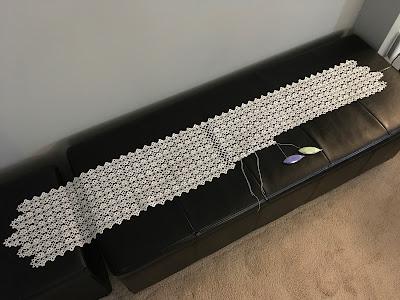 The tenth and final column is worked back to the starting point. The last elements are joined back to the first, and the thread is cut, tied, and sewn in: 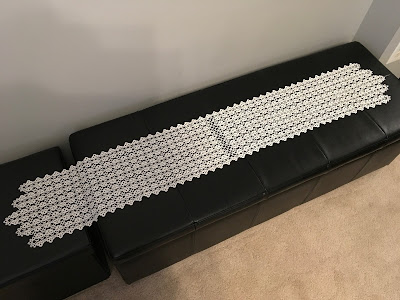 Here is a closer photo of the runner, including the tapered edge: 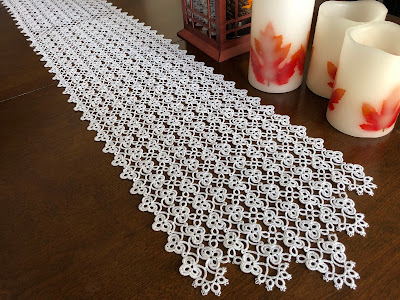 I worked from a 1 kg cone of Lizbeth size 20 thread. My finished runner weighs 107 grams, which is equivalent to about 5 balls of Lizbeth thread (each ball weighing 25 grams): 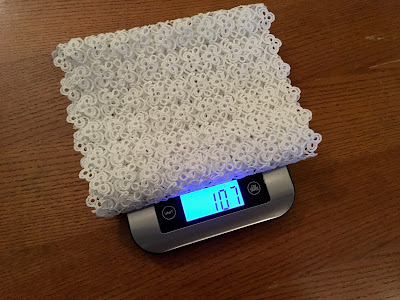 In total, my table runner has 478 trefoils. Each trefoil took about 25 minutes to tat (only 20 minutes for trefoils along the edge because they didn't have thrown rings). Using several Catherine wheel joins definitely slowed my tatting down quite a bit. Adjustments can be made to use other join types if speed is of concern.
Posted by Robin Perfetti at 1:41 PM 22 comments: